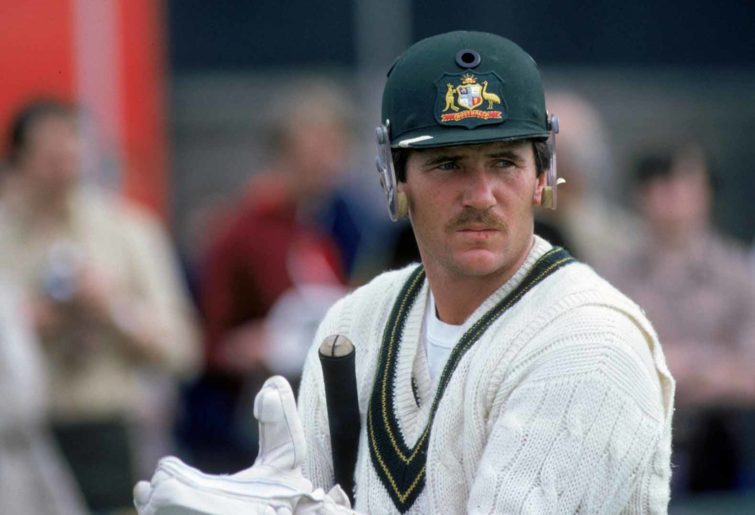 George Orwell’s dire predictions for 1984 may have seemed minor compared to what Australian cricket faced that year.

At first there seemed hope. Australia had beaten Pakistan in Sydney during January to win the Test series 2-0. Soon after that the national team travelled to the West Indies.

During a lead up match a prominent Australian journalist labelled the Australians as ‘strictly amateurs.’ They were facing a West Indies at their peak, although at the time of the first Test, the local side had injury concerns.

A draw was played out, although the West Indies dominated the Australian bowlers in the second innings, making 0/250. The second Test also resulted in a draw, although Australia had been behind, needing to chase a 213-run deficit in the first innings.

From there the tour went badly for Australia. A third Test loss by ten wickets, fourth Test by an innings and 36 runs and fifth Test by ten wickets. The results proceeded the decline of Kim Hughes as captain. The media had begun calling for his resignation with Allan Border at one stage declaring Hughes had ‘lost the plot.’

Later that year the West Indies toured, winning Tests in Brisbane, Perth and Adelaide, followed by a draw in Melbourne before Australia eventually claimed a victory in Sydney in January 1985.

During 1984 also came the announcement of an Australian cricket rebel tour to South Africa. The 1985 Ashes team had already been chosen but several players from the squad had accepted places in the rebel side. They were Graeme Wood, Wayne Phillips, Terry Alderman, Rod McCurdy, Murray Bennett, Dirk Wellham and Steve Rixon.

The tour was a rebel one as South Africa at the time still maintained apartheid, resulting in their being banned by the ICC.

On holidays at the time, Allan Border was enjoying his break when the news found its way to him. As a player about to take on the responsibility of captaining, he could only speculate how the departures would impact on his leadership and the team.

As the Ashes tour approached, some players began changing their mind. Wood, Wellham, Phillips and Bennett withdrew from the rebel tour. Border found himself in charge of a divided team with poor morale.

In 1985 things didn’t improve. Australia was outplayed on the Ashes tour, losing the series three Tests to one. England finished the tour by far the stronger, winning the fifth and sixth Tests by more than an innings in each.

Border’s dogged and brave batting, including 196 in the second Test, was admired but the headlines were dominated by news of an under performing and unhappy team.

Worse was to come. During the Australian summer of 1985 New Zealand toured. The first Test was yet another innings loss for Australia.

Richard Hadlee, in full flight, decimated the Australian batting. He took 9/52 in the first innings, then followed up with 6/71 in the second.

Martin Crowe’s batting was meanwhile sublime, making 188 in New Zealand’s first and only needed innings. In the second Test Australia fought back, despite being behind after each team batted first with Hadlee again among the wickets.

With one Test each, Australia’s summer wasn’t about to improve. In Perth they lost the Test and the series, their tormenter Richard Hadlee cleaning up with eleven wickets.

You probably know how the story ends. From those depths Australia won the 1987 World Cup. There was the triumphant 1989 Ashes tour, a 4-0 series win to the tourists from a six Test tour. It was the first ashes series win by Australia since 1982/83.

Australia had consistently used the same players in that series, keeping to 12 throughout the Tests. England meanwhile utilised 29 players. The Ashes would ultimately be held by Australia until 2005. In one decade Australia had recovered to form the foundation of a team that would produce a succession of impressive results.

It’s a story worth reflecting on. The mid-1980s is not the only time Australia has been in the depths. An Andrew Strauss-led England during the 2010-11 Ashes series defeated Australia 3-1, including bowling out the locals for less than 100 on the first day of the Boxing Day Test.

Australia lost heavily to India 4-0 in 2013. Later came the series loss to India in Australia during 2018-19 – 2-1. During the gloom of these losses it can feel like our national team will never recover. But it’s worth recalling the losses, rebel tour, struggling captaincy and fractured team of 1984 and 1985 to demonstrate how our capacity to find new talent and recover is revealed.

Now we look, perhaps a little nervously, to our coming Sheffield Shield competition and any Australia A games in the hope they can continue to deliver that new talent.