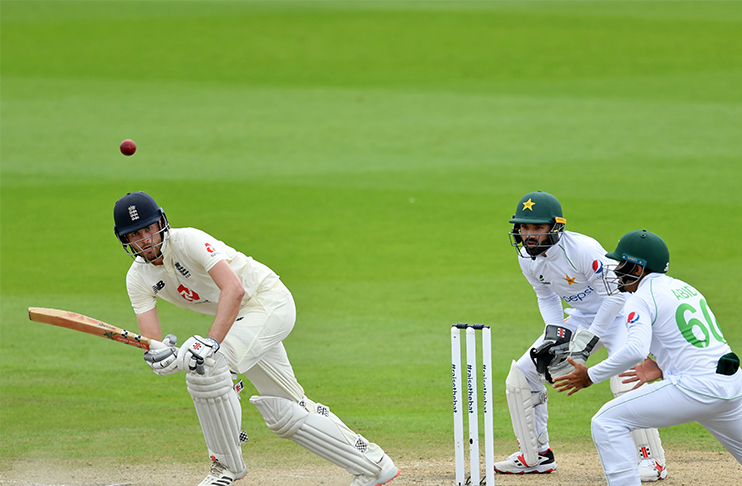 Southampton: England opener Dom Sibley is still cautious of Pakistan bowlers ahead of the second Test in Rose Bowl on Thursday.

England leads the three-match series 1-0 after a three-wicket victory in the first Test at Old Trafford last week, the right-hander expects to have his work cut out again in the upcoming Test.

“They are a very good attack and they showed too. They have got a bit of everything, so we’ll have to be at our best to be able to cope with them,” Sibley told reporters on Tuesday.

Abbas is very accurate, they have a left-arm angle (Shaheen) and the youngster (Naseem) who has some pace and bowled really well last week and a world-class spinner (Yasir). We have had a look and need to adapt and prepare for Thursday.

He also emphasized the role of players and stepping up in the remaining Tests in the absence of Ben Stokes, who has been ruled out for family reasons and would shortly fly to New Zealand.

“He’s a massive part of our team and one of the best players in the world but family comes first and we’re supporting him with everything that is going on. We will have to make do in his absence and people will have to step up,” Sibley added.