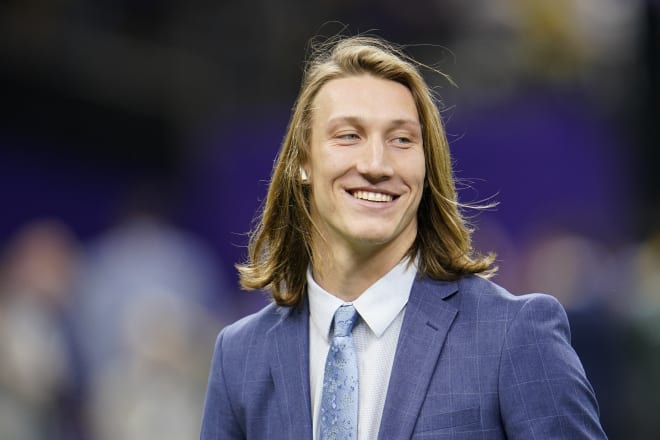 Farrell’s take: FICTION. But he’s trying. Clemson quarterback Trevor Lawrence, who needs his junior football season like I need a second nose, is the leader of the #WeWantToPlay movement for college football players based on his name and impressive statements on social media.

Lawrence makes some great points like players are safer under constant supervision in college than they would on their own, but it likely won’t matter. A shutdown of the season has a lot of momentum and Lawrence leading this charge is admirable but it would be a miracle if it worked.

But here’s hoping it does. The man who needs college football the least this season wants it the most. Lawrence will be the No. 1 pick in next April’s NFL Draft regardless, but he is still leading this charge. What does that say about the passion of college football players? Impressive.

Gorney’s take: FACT. He already has changed history. He might not get his way as conferences could shut down the season, but the attention Lawrence’s statements have gotten on social media, the coordinated approach of many elite college football players and the voice that they now have because of their social media presence and the continuing trend of name, image and likeness shows the power that college athletes have to shape the discussion.

Lawrence does not need college football and some could argue it’s ridiculous that he has to go through the charade of playing three years. But he wants to play and his voice has been heard. It won’t soon be forgotten.

2. Ohio State would be hurt the most in the Big Ten by a postponement to
the spring.

Farrell’s take: FACT. The roster is loaded with potential NFL players led by Justin Fields, Shaun Wade and Wyatt Davis and many of them would have to sit out a spring of football with the NFL Combine in February and the NFL Draft in April. The Buckeyes have a deep lineup and would still likely win the Big Ten in the spring, but it would not be the runaway I see it as now.

Gorney’s take: FACT. This is not just an Ohio State story: I believe every elite national power would be negatively affected the most by moving the season to the spring because anybody who could leave for the NFL probably would not play. You’re telling me Alabama’s Najee Harris, DeVonta Smith and Alex Leatherwood are going to play a spring season and then jump right to the NFL Combine and NFL Draft with millions of dollars on the line? I wouldn’t even be certain Trevor Lawrence would play college football in the spring.

Ohio State would be hurt tremendously because a lot of its top players would understandably sit out. It’s unfortunate all around, but the Buckeyes and other title contenders would be hurt the most.

SHARE YOUR THOUGHTS WITH OHIO STATE FANS AT BUCKEYEGROVE.COM