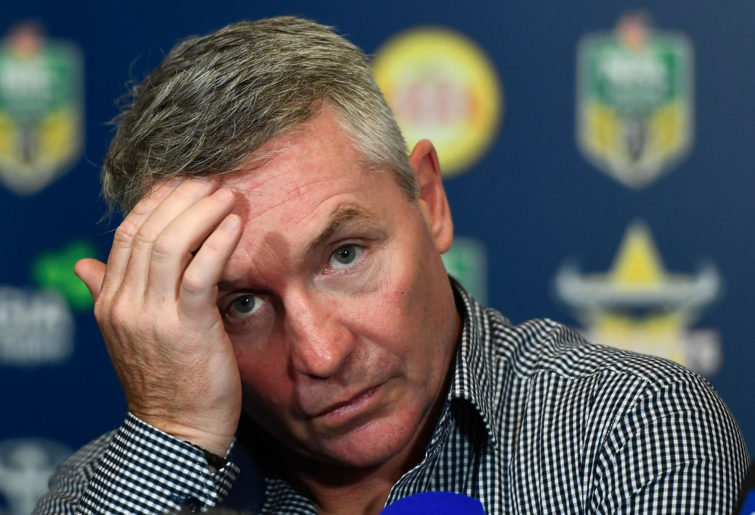 It’s been reported that Friday’s clash against Parramatta will be Paul McGregor’s last game in charge of the Dragons. Considering he has just eight wins from the last 31 games, it’s impossible to put a reasonable case forward to defend the coach.

So who replaces ‘Mary’ at the Red V?

There will be an elite group of coaches available in 2022 in Wayne Bennett, Shane Flanagan and maybe Craig Fitzgibbon. So there is an argument to appoint an interim coach for 2021, then make a big play.

Possible interims would be Dean Young or Ben Hornby, which would offset the payout to McGregor.

But if Bennett, Flanagan or Fitzgibbon aren’t the long-term options, who else is an option?

Anthony Griffin
Griffin has coached 173 matches across stints with the Broncos and Panthers. He is currently a member of the continuous call on 2GB.

Known to be an uncompromising coach, he was sacked under controversial circumstances at Penrith when the Panthers were well established in the eight.

Still only 53, Griffin is the strongest candidate available.

Toovey would bring passion and commitment, but he may need good support staff around him.

Paul Green
Only recently left North Queensland, he has the best record of the coaches available, featuring two grand finals, one premiership and a World Club Challenge.

The Cowboys aren’t the first team to struggle to rebuild after the loss of generational players – Johnathan Thurston and Matt Scott – and Green would have a better group to work with at the Dragons.

Todd Payten
The interim coach at the Warriors passed on the head coaching role to pursue the job at North Queensland. The playing group and prospects are superior at the Dragons, so perhaps he could be tempted.

Neil Henry
The coach of 248 games across stints with North Queenland, Canberra and the Gold Coast, he fell out of favour at the Titans because he didn’t get on with Jarryd Hayne. Given Hayne’s implosion, perhaps Henry was hard done by.

Henry is generally well regarded, despite having a losing record, and is known to be both intelligent and an excellent tactician.

John Cartwright
Cartwright was the inaugural coach of the Titans and is currently an assistant to Des Hasler at Many.

Generally known as a nice guy and a smart coach, Cartwright would be an improvement on McGregor but there are better options.

Michael Potter
The coach of 263 games across stints with the Catalans Dragons, St Helens, Bradford Bulls and Wests Tigers, Potter was then Nathan Brown’s assistant at Newcastle.

Brown spoke highly of Potter and of course Potter is a St George club legend, winning the Dally M Medal in 1991.

Well that’s my list, please let know of your thoughts in the comments, hopefully better days are not far away.