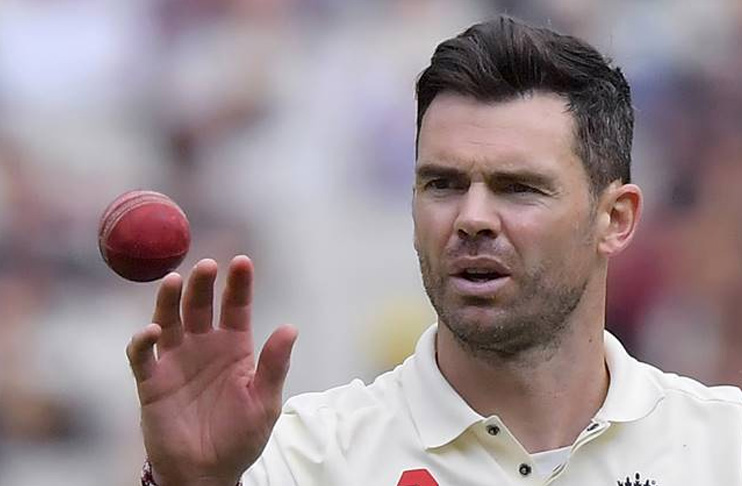 London: England’s most successful bowler James Anderson says he is not pondering his test retirement but conceded the decision to step away could be taken out of his hands if he continues to underwhelm.

The 38-year-old has endured a frustrating summer, managing just six wickets in his last three tests, fuelling speculation that his 17-year test career could be drawing to a close.

Anderson struggled for rhythm in England’s three-wicket win over Pakistan in the first test at Manchester but the Lancashire pacer confirmed that while he was disappointed with his effort, the thought of hanging up his boots had never crossed his mind.

“There’s no truth to that. It’s been a frustrating week personally, I felt out of rhythm and probably for the first time in 10 years I got emotional on the field and let that get to me,” Anderson told reporters on Monday.

“I think after one bad game, there are some whispers that go around but I don’t really think that’s fair. I’ve just got to work hard and hope I get the nod for the next game.”

Anderson, who has picked up 590 test wickets, said earlier this year that he was hungry to keep playing for England and on Monday he reiterated his desire to carry on until next year’s Ashes series in Australia.

“I want to play as long as I possibly can. If I keep bowling the way I did this week, the opportunity to retire will be taken out of my hands. It will be a selection issue. But, for me, I’m still hungry,” he said.

Anderson is on the brink of becoming the first pacer to pick up 600 test wickets but he admitted his focus was not on personal milestones.

“It’s not a huge incentive for me really. I want to be bowling well and contribute to winning,” he said. “If I get 600 wickets then great, if I don’t, I’m happy with what I’ve got.”

The second test will begin on Thursday at the Rose Bowl in Southampton.