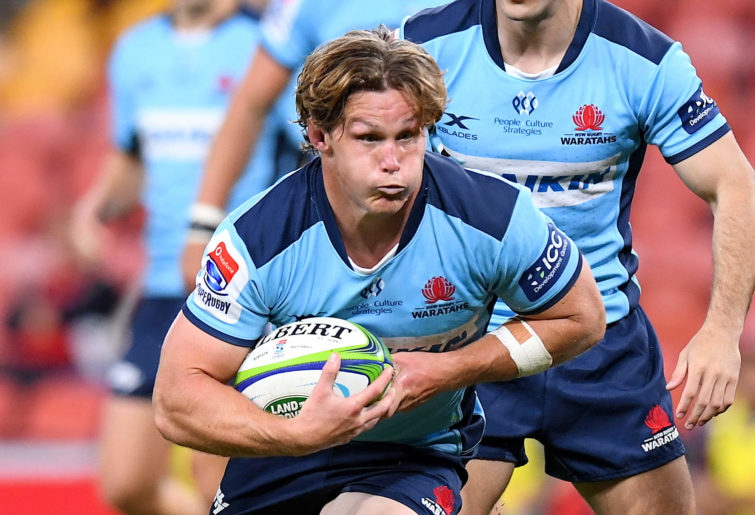 If you’re anything like me, Rugby Australia announcing their new rugby rights deal out of the blue would’ve completely thrown you.

Shoutout to Raelene Castle, because without her taking the rights to market earlier in the year, we would likely have another run-of-the-mill Super Rugby competition, played at shocking hours, packaged up for a minuscule price on Foxtel, which ain’t gonna attract any new fans.

I love that, after years of fans throwing around competition concepts, Rugby Australia have shown themselves to be right up there with the most ambitious and open minded of us in terms of competition structures.

It’s a massive turn of events after years of just submitting to whatever SANZAAR suggested. And I’m not criticising, I get why they valued that union.

Something that stood out was the sheer amount of content RA threw onto the table and how they emphasised that no broadcaster needed to snap it all up – a network could pick and choose what fits their needs.

Anyway, let’s try and make sense of it all.

Much as I can appreciate a vast number of formats and competitions, a lot of them won’t appeal to broadcasters, especially with the state of the media industry. Reports earlier in the year were that Optus were interested in showing at least some rugby, albeit for a much lesser price, before that fell through.

As for the only free-to-air commercial network not already swamped with primetime content from the other codes, Channel Ten, they’re hardly in a position to be spending money, after announcing multiple big-name redundancies. And in May they let go of their head of sport, Matt White, before opting not to televise Supercars anymore.

The reality is that at this point in time, the sporting public don’t watch rugby week in, week out. Bledisloe Cup matches get some interest, as do World Cups, Lions Tours and maybe the odd Super Rugby game.

But which networks or streaming services will want to throw millions out the door for a weekly Super Rugby game, which, in the short run at least, will struggle to crack 50,000 viewers?

First cab off the rank are the Wallabies’ Rugby Championship and Bledisloe Cup games.

The latter is the jewel in the crown – without it, these rights look a lot less impressive. The Rugby Championship can be dull and predictable, but the Wallabies’ games will bring in viewers. Home games will all be at TV-friendly times, as will games in New Zealand.

If you can embrace a Sunday morning (AEST) kickoff in Argentina, the only real blemish is what would be a 1am start in South Africa, especially with half the Wallabies’ games produced overseas.

This is a broadcaster-friendly competition, especially with anti-siphoning laws, I’d expect these games to get on FTA.

The next product announced are Wallaroos Tests. As of yet, 15s rugby hasn’t seen the meteoric rise that the other women’s sports have. Really, the best RA could offer would be the sevens series. Unless a network could snap these up and get some kind of grant for doing so – similar to what Foxtel have recently been given – you’d expect these to end up being streamed via RA’s social channels, or maybe stuck behind a paywall.

The next point addresses the void Super Rugby has left – suggesting either a trans-Tasman competition or a domestic comp like Super Rugby AU.

Make no mistake, a trans-Tasman comp is the most beneficial from a broadcasting point of view. Five games weekly, Friday and Saturday primetime covered, double-headers on both of those days, and the extra game could be shoved over to Sunday so as not to clash with club rugby.

Again, with half the games produced overseas, with locally relevant teams and New Zealand powerhouses, this is another safe model. The likelihood is for one or two games to be screened live weekly in primetime, on FTA or Optus.

The suggested Super Eight competition is the wildcard in all of this. Not too many people envisioned a Champions League-style playoff between the two best teams from South Africa, New Zealand and Australia, along with representatives from Japan and South America.

Would I watch it? Yes. Would I be in the minority? Also yes. And I’d predict that Foxtel, at least, would have some interest.

A club Championship model sounds decent. One of the (many) obvious arguments against letting club rugby fill the void after Super Rugby is that it has niche appeal. While that will still be the case for this competition, at least it’ll tap into multiple markets of club rugby fans.

I love showing the Shute Shield and Queensland Premier Rugby, but given the unique timeslots of these competitions, Shute Shield in particular, you’re limited in broadcast options. Any deal would have to be limited to one, maybe two games per comp. In what is already a niche market, diluting the audience too many ways will only harm you in the long run. Maybe a game or two weekly will make it on air, but either broadcasters will demand to be reimbursed, or it’ll come cheap.

The final aspect of the deal refers to “A showcase of the best schoolboy rugby in Australia”. Cryptic.

Make no mistake about it, there’s some interest in schoolboy rugby, and I’m not just talking about the thousands of schoolboys and old boys who flock out to every match. But YouTube highlights reels getting 50,000 views is one thing, the general population watching each week is another. Don’t hold your breath.

I love what Rugby Australia has done here, and how open minded they’ve shown themselves to be. However, cash-strapped broadcasters (the ones that matter anyway) will glance over the vast majority of what they’re offering, and toss that media release right into the bin.