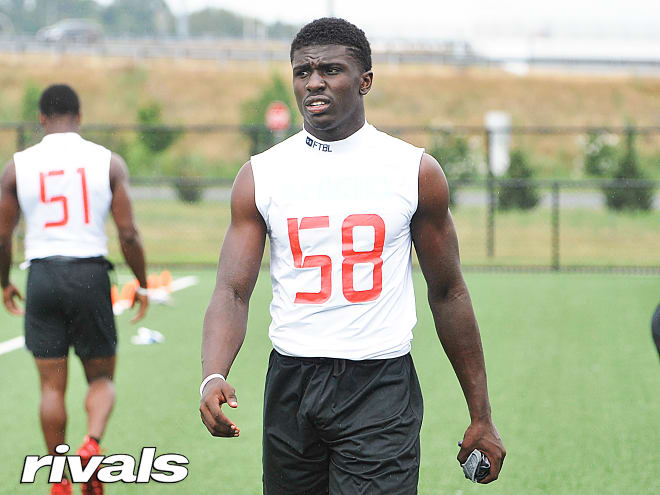 Athlete Sam Brown isn’t a prospect that many people have followed yet but the 2022 prospect has impressed plenty of college coaches. A star athlete at Philadelphia (Pa.) La Salle on the basketball court and football field, Brown brings plenty of athleticism to the field. A few schools have done a good job recruiting him so far but there’s still a long way to go.

“Right now Rutgers, Nebraska, Pittsburgh, and West Virginia are doing well with me,” Brown said. “I have a good relationship with the coaching staffs.

“I visited Rutgers and that was my only visit before everything was shutdown,” he said. “I had a really good time there. Coach Hoffman and coach Fran are staying in touch.

“I’d like to visit the schools that are close to home like West Virginia, Rutgers, Pittsburgh, and a few other schools,” said Brown. “Michigan State and Wisconsin have offered me. I talked to Wisconsin not too long ago and I talked to Michigan State a while ago but that was always a dream school of mine.”

Brown is exceptionally talented and brings plenty of impressive physical attributes to the table. As a running back, he shows great burst and does a good job catching the ball out of the backfield. At 6-foot-1, almost 200 pounds, Brown is an imposing running back that should make it tough for linebackers to consistently tackle him. While some schools have done a good job making a first impression on Brown, there still a long way to go and he has plenty of offers to sift through.