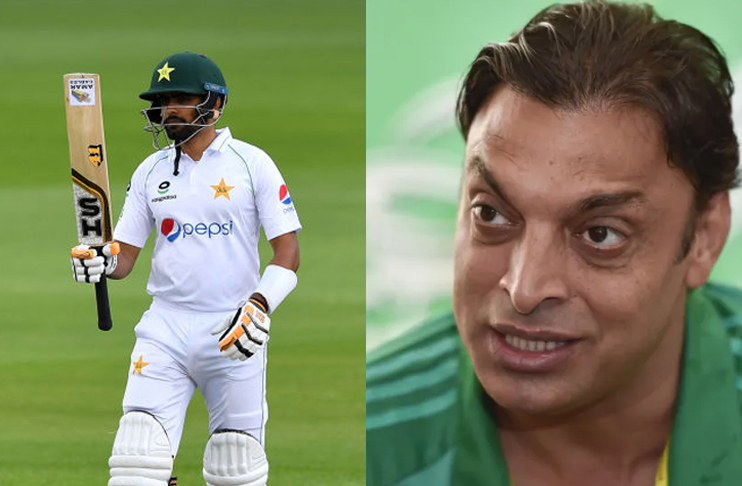 Karachi: Former pacer Shoaib Akhtar has criticized Pakistan’s team batting and Babar Azam in particular, after a poor show with the bat in the second innings against England at Old Trafford, after having a 107 runs lead.

Pakistan lost the Test by three wickets after England wrapped the visitors’ batting on 169 in second innings, and chased down the 277 run target on day four.

Speedster on his youtube channel said that Babar has to come out with something good to become a match-winner.

“If you’re not capitalizing on a 107-run lead, however big a batsman you may be, you’re of no use. Babar has to come out with something good because you can’t make a name for yourself like this. You are a good player but you got to establish yourself as a match-winner,” Shoaib said.

He further identified the mistakes, skipper Azhar Ali did and couldn’t take advantage of Naseem Shah when Chris Woakes came to the crease in final innings.

“I have no problem with Naseem Shah but captain should have used him well, by showing aggressive approach while bowling to new batsman Woakes,” he added.

“Excessive length bowling, no approach to bowl bouncer which could have created chances. We lost due to aggression,” he maintained.