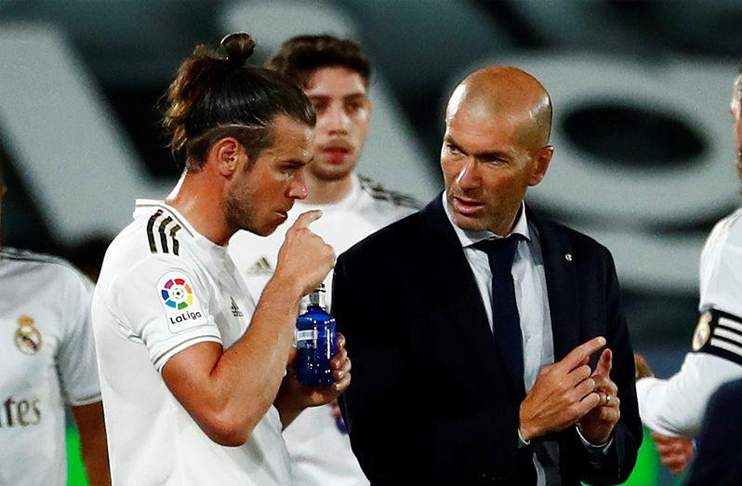 Manchester: Real Madrid coach Zinedine Zidane has revealed Gareth Bale chose not to travel to his side’s Champions League decider against Manchester City because he did not want to play, signalling the latest rift between the club and their joint-record signing.

Bale barely featured for Zidane’s side in their run to the Spanish title when the season resumed after the COVID-19 stoppage, starting only one game and was visibly subdued during their celebrations.

He was left out of the squad for the final league game of the season against Leganes and was also absent from the squad for Friday’s last-16 second leg, where Madrid must overturn a 2-1 deficit to progress to the last eight.

“Many things have been said, there is a respectful relationship between the club and player but all I will say is that he preferred to not play, the rest is between us and him,” Zidane told a news conference on Thursday, adding the forward had been left out for personal rather than technical reasons.

A source close to the player said Bale did not wish to travel to the game because he believed he was not going to play any part in it.

Bale, 31, has won four Champions League titles with Real, scoring crucial goals in the 2014 and 2018 final triumphs over Atletico Madrid and Liverpool respectively.

But a trophy-laden career at Real appears to have grinded towards a sad end, with the distance between the Wales forward and Zidane growing ever greater.

Zidane, who returned to Real in March 2019 after resigning from the role 10 months earlier, has not tried to hide his lack of warmth towards Bale, saying in pre-season last year that he wished the player would leave the club as soon as possible.

Spanish media reports said Bale was on the verge of joining Chinese Super League club Jiangsu Suning in July 2019 but Real blocked the move at the last hour because they were not going to receive a transfer fee.