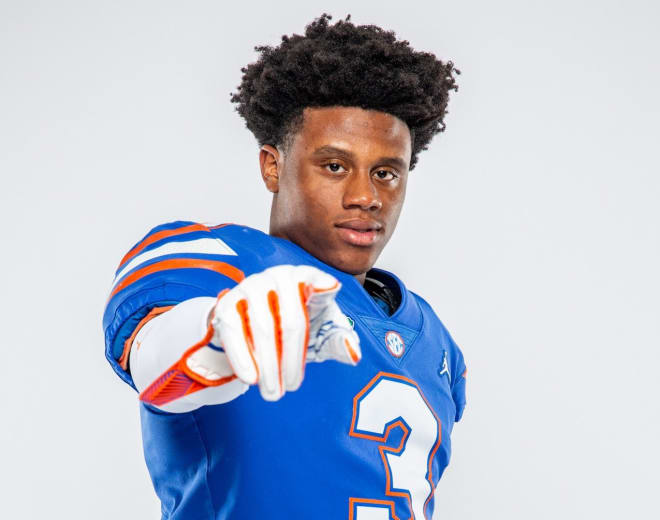 Four-star cornerback Jason Marshall committed to Florida on Sunday, giving UF a Rivals100 talent in the 2021 class. Below, Rivals.com has a look at what the Gators are getting and what the program’s swell of momentum may mean for the future.

WHAT FLOIDA IS GETTING: Marshall is an elite athlete that anchored a star-studded Miami Palmetto High secondary last season. The Rivals100 prospect played a number of positions early in his career but recently settled into his role as a cornerback and has started to develop technically. He’s gotten stronger over the last calendar year and has the frame to add even more size in the year ahead. So while Marshall is not the fastest corner in the class, his length and athleticism allow him to play even bigger than his 6-foot-1 frame. Marshall has functioned as a kick returner in the past and could do the same in college. He needs to become more polished when it comes to technique and his backpedal, but his combination of size and athleticism will give him the opportunity to be an All-American-type prospect and possibly play on Sundays.

WHAT IT MEANS FOR UF: Florida desperately needed a victory over Miami to quell the Hurricanes’ momentum on the trail. Extracting a South Florida-based prospect from the legion in the midst of a Pandemic is obviously no easy task, so this is an extra impressive recruiting victory for Dan Mullen and company. UF is the most stable major program in the state, so it is expected to win its share of high-profile recruiting tussles. That said, success tends to compound. So if Florida is permitted to play this season and takes another step forward, these are the types of battles it can expect to win regularly.