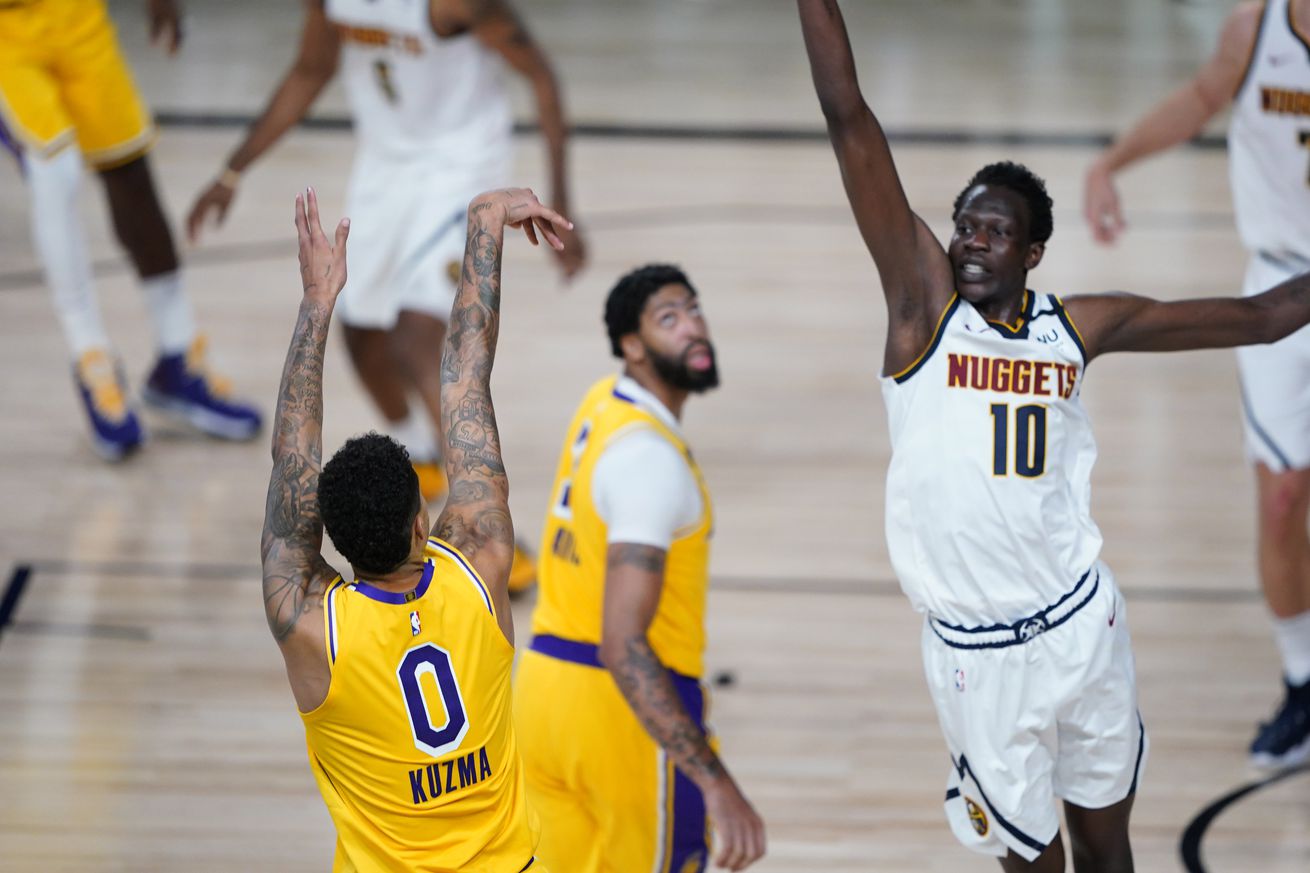 “I think Jesus could be in front of me, and I would probably still shoot.”

Kyle Kuzma has never lacked confidence. The 25-year-old forward is the only player to survive the Lakers’ transition from rebuilding team to championship contender, staying in Los Angeles as former teammates Brandon Ingram and Lonzo Ball were shipped to New Orleans for Anthony Davis.

It’s put Kuzma under a microscope all year. The Lakers likely have the best 1-2 punch in the NBA, but the rest of their roster after that is highly questionable. Take it from LeBron James himself, who had this to say about Kuzma: “In order for us to win a championship he has to be our third best player.”

Kuzma got a chance to play the hero for the Lakers on Monday night against the Denver Nuggets, and he delivered. With the score tied at 121 with 4.5 seconds left, Kuzma took a feed from Davis and drained a buzzer-beater to give his team the victory:

Kuzma hit the shot over a somewhat weak contest from Bol Bol, the Nuggets rookie who is one of the longest players in league history with a 7’8 wingspan.

When asked about Bol’s defense on the shot, Kuzma offered an instant classic quote. “I think Jesus could be in front of me, and I would probably still shoot.”

“I think Jesus could be in front of me, and I would probably still shoot.”
– Kyle Kuzma, postgame pic.twitter.com/nfxiZ9hrR3

Now, as has been noted by many people around the internet, Jesus wasn’t exactly known for his size. The best reports put him at a solid 5’5.

Shaq said after the game: “I’ve seen Jesus play before, and hopefully Jesus is gonna shut his ass down next game.”

Kuzma: “I think Jesus could be in front of me & I would probably still shoot it.”

Shaq: “I’ve seen Jesus play before and hopefully Jesus doesn’t shut his ass down next game.”

Regardless, the Lakers need a confident Kuzma for the playoffs, and they’re getting one so far in the bubble. Here are Kuzma’s pre-bubble per-game numbers vs. his bubble numbers:

Kuzma battled injury issues for much of this season and now appears to be fully healthy. His Lakers’ teammates were thrilled that he got this moment: