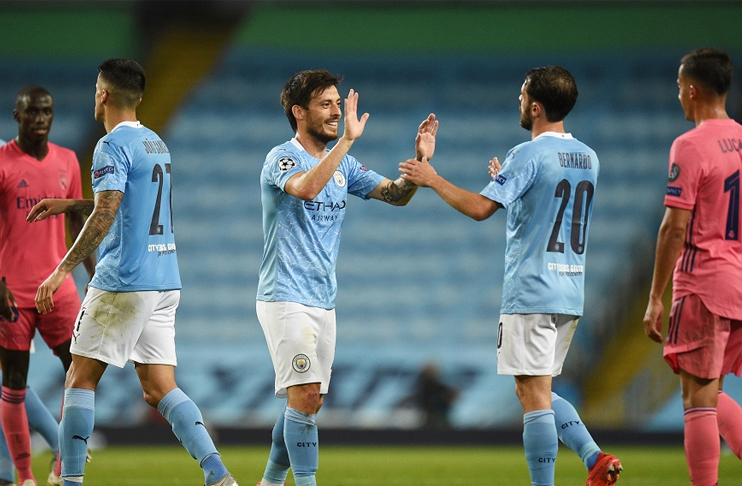 Manchester: Manchester City eliminated Real Madrid from UEFA Champions League and advanced in the quarter-finals, beating 2-1 on Saturday due to two shocking errors by Raphael Varane.

City defeated the 13-times UCL champions at home and away. City will now head to Lisbon for the ‘final eight’ tournament where they will face Olympique Lyonnais, who progressed on away goals against Juventus.

Real, trailing 2-1 from the first-leg, were without their captain Sergio Ramos as they look shaky at the back throughout the game.

Varane, having received a pass inside his own area from goalkeeper Thibaut Courtois, was robbed by Jesus and the striker slipped the ball to Sterling who scored his 100th goal for the club.

Real, in the 28th minute came back in the match, by a powerful header by Frenchman Karin Benzema. Poor headed backpass attempt gifted by Varane allowed Gabriel Jesus in the 68th minute to score and gave City a convincing win.