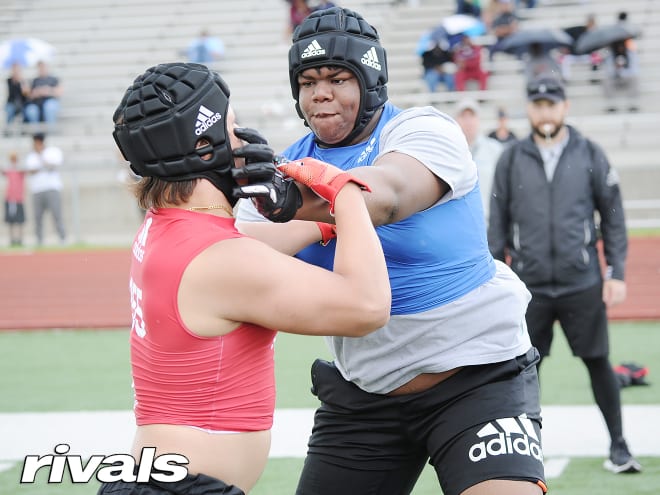 Here is a close look here at several standouts on the day from the offensive side of the ball.

This St. Louis product made the trek to the Peach State, immediately capturing the attention of the coaching staff and media observers. He’s a massive prospect with power and movement abilities. After a breakout performance, he earned an offer from Arizona State on Sunday. The Georgia Bulldogs followed.

This 2022 offensive tackle prospect has seen his recruitment explode this calendar year, collecting one of the most impressive offer lists at his position in the country. Sadler proved his worth on Saturday, moving well in one-on-ones and turning in a strong performance in pass-blocking.