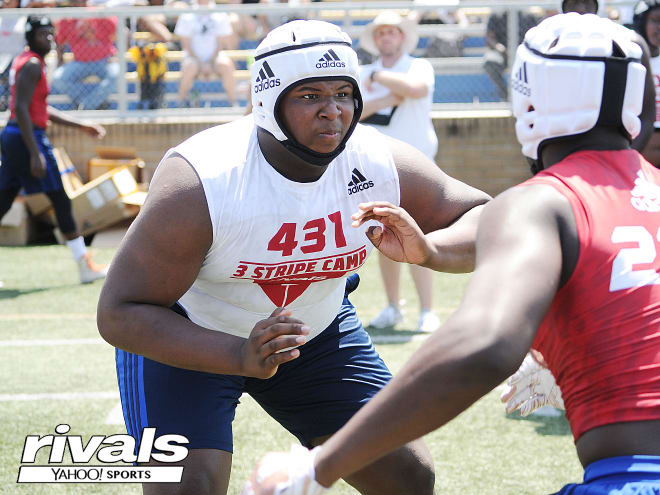 The Rivals Rankings for the 2021 and 2022 classes will be updated over the next two weeks after an offseason that offered fewer opportunities for evaluations than any previous year. Questions we hoped to get answered about many top players were left largely unanswered. Here are five prospects from the Midwest who were among those most difficult to rate in the 2021 and 2022 classes.

Notre Dame is taking three-star Joe Alt as an offensive tackle prospect, but his experience thus far in high school has primarily been at tight end. We initially rated Alt as a tight end because he is difficult to project to tackle without more information. Alt’s offer list suggests that, by in large, college coaches had difficulty projecting him as well, with several strong regional offers but a total offer list that numbers in the single digits.

As a junior, Alt played at 230 pounds and showed decent foot speed as it would translate to offensive tackle. How much athleticism and foot speed does he lose when he adds the 70-plus pounds he needs to play tackle at Notre Dame, though? There are a lot of questions still to answer to accurately project Alt to tackle, and unfortunately the state of Minnesota will not be playing high school football this fall.

SHARE YOUR THOUGHTS WITH NOTRE DAME FANS AT BLUEANDGOLD.COM

Vanderbilt landed a commitment from Ohio three-star Antoine Campbell Jr. last week, and plans to use him as an outside linebacker in their 4-3 defense. Campbell is rated as a tight end on Rivals, and also played defensive end at 6-foot-4 and 225 pounds during his junior season.

Usually prospects who are that size as juniors in high school are not projected to move back in the defense, and considering how Campbell will play in space after having his hand in the ground all last season is a puzzle. We currently rate Campbell as a tight end and he showed outstanding ball skills on offense as a junior. It is just more difficult, though, to project a player moving from the defensive line to linebacker, than it is moving from linebacker to defensive line.