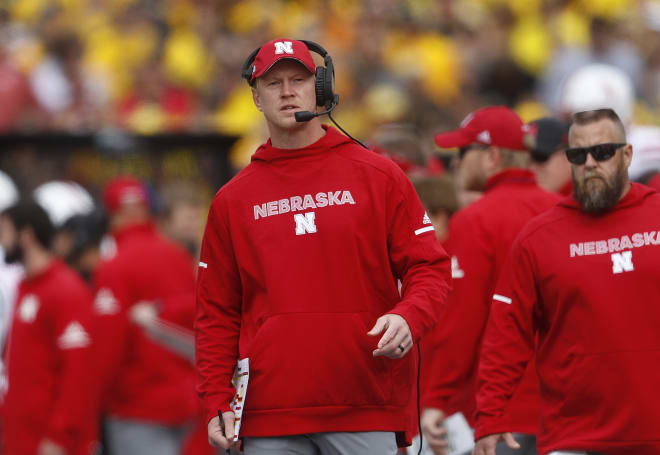 New to Rivals.com? Click here and purchase a monthly subscription to your favorite team site for $9.95, and we’ll send you a free t-shirt code to BreakingT.com (up to $28.00 value). Use the promo code “Monthly2020.”

The Mind of Mike is a dangerous place. Here are the latest thoughts from Rivals National Director Mike Farrell about Nebraska’s big stand.

HUSKERONLINE.COM: Frost makes one last stand to save 2020 CFB season

MIND OF MIKE: This is all about liability | Outlook is dim

Others said it in the Big Ten. Parents and players from Ohio State, Michigan, Penn State, Iowa and others rallied against the rumor of a postponed season in the Big Ten. Ryan Day, Jim Harbaugh and James Franklin all voiced their wishes to play football in different ways.

But no one said it like Scott Frost at Nebraska and no one threatened, subtly or not, in public to leave the conference and play football anyhow. Frost and Nebraska are the heroes we needed on Monday to save the season from the brink, at least temporarily and hopefully permanently.

Let’s review. Rumors began over the weekend that the Big Ten was going to pull the plug and postpone the football season until the spring. The Pac-12, with its expected lack of spine, was rumored to be following whatever the Big Ten does. Numerous sources I spoke to had no idea what was happening from head coaches to assistant coaches to administrative folk.

The rumors got stronger Sunday and on Monday the Detroit Free Press wrote that the Big Ten season was postponed per “sources”.

Then all hell broke loose.

Coaches came out in support of players who started the #WeWantToPlay movement the evening before. But it was Frost who really moved the needle.

Frost was emphatic about having a football season for Nebraska and even became emotional when talking about his players and what they don’t have outside of football. He said the Huskers would look to play football regardless of the Big Ten’s decision. And then suddenly everything slowed down.

The Detroit Free Press was ridiculed for moving too soon on rumors, Kirk Herbstreit from ESPN (and others) said on social media that any talk by Big Ten officials was about a postponement of the start of the fall season and not a push to the spring and on and on. What became a certain cancellation turned into hope by the end of the night … thanks to Frost.

The powers that be at the Big Ten used the Detroit Free Press to float the rumor of the season being postponed to gauge reaction from the public and other conferences. They likely had the Pac-12 in their corner but the Big 12, SEC and ACC were a different story. The hope was to force the hand of others with the rumor of their cancellation. After all, no one else would play football without the mighty Big Ten right? This is the follow along culture we live in so they must have assumed things would go just fine.

Not only did the Big 12, SEC and ACC not bite on this early ridiculousness but their own Big Ten members revolted, especially Nebraska, which threatened to play elsewhere.

“Our university is committed to playing no matter what,” Frost said Monday. “We want to play no matter who it is or where it is.”

Imagine the optics on that? Nebraska moving to the Big 12 for a season, the conference from which the Big Ten stole the school. Ohio State and others joining the Huskers or heading to the hated SEC?

Not what was planned at all for the Big Ten.

“We want to play a Big Ten schedule,” Frost said. “The only reason we’d look at options is if the Big Ten wasn’t playing …. if that’s the case we are prepared to look at any and all options.”

So Frost and Nebraska – who were still the talk of Tuesday morning – may be the next in line to save the college football season (Notre Dame joining the ACC, Trevor Lawrence speaking up, etc.) and at the very least they took us off the ledge.

Thank you Scott Frost and those at Nebraska that want player safety AND football and think it can be done. It’s too important to these young men and to our society to give up on in the second week of August.

Now this is funny