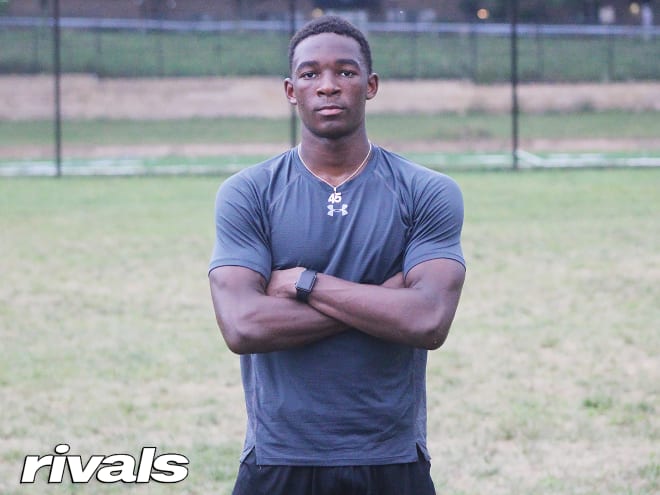 Defensive back Daymon David carries an impressive offer sheet and the Reisterstown (Md.) Franklin star is getting closer to ending his recruitment. There are currently five teams that are doing a really good job recruiting David but the door is not completely shut on the other teams that have been pursuing him.

Boston College: “Coach Aazaar and coach Hafley can really make it work for me,” David said. “I feel as thought coach Hafley can develop me into one of the greatest DBs ever. I haven’t really followed the program but I always liked Luke Kuechly. I didn’t get to visit up there yet but I have done a virtual visit. The whole campus is like a castle and it’s really nice.”

SHARE YOUR THOUGHTS WITH BOSTON COLLEGE FANS AT EAGLEACTION.COM

Indiana: “Coach Jones at Indiana and I have developed a close relationship over this recruiting process,” he said. “I really like coach Allen and a bunch of guys on that coaching staff. Tiawan Mullen and I talk all the time. He tells me how I could come there and be like him. He’s one of the best in the Big Ten. I’ve seen how they’ve developed him. I took a virtual visit earlier this year and it was really well. The campus is really big.”

Michigan: “Michigan has a good tradition of putting out DBs and first rounders,” said David. “It’s also a really good academic school. That plays a big role for me. They play a lot of man coverage so they need safeties that can cover and I started out as a cornerback so I can cover really well. When I talk to the coaches we talk about their schemes, their practices, how they could use me, and how I could be a big time player there.”