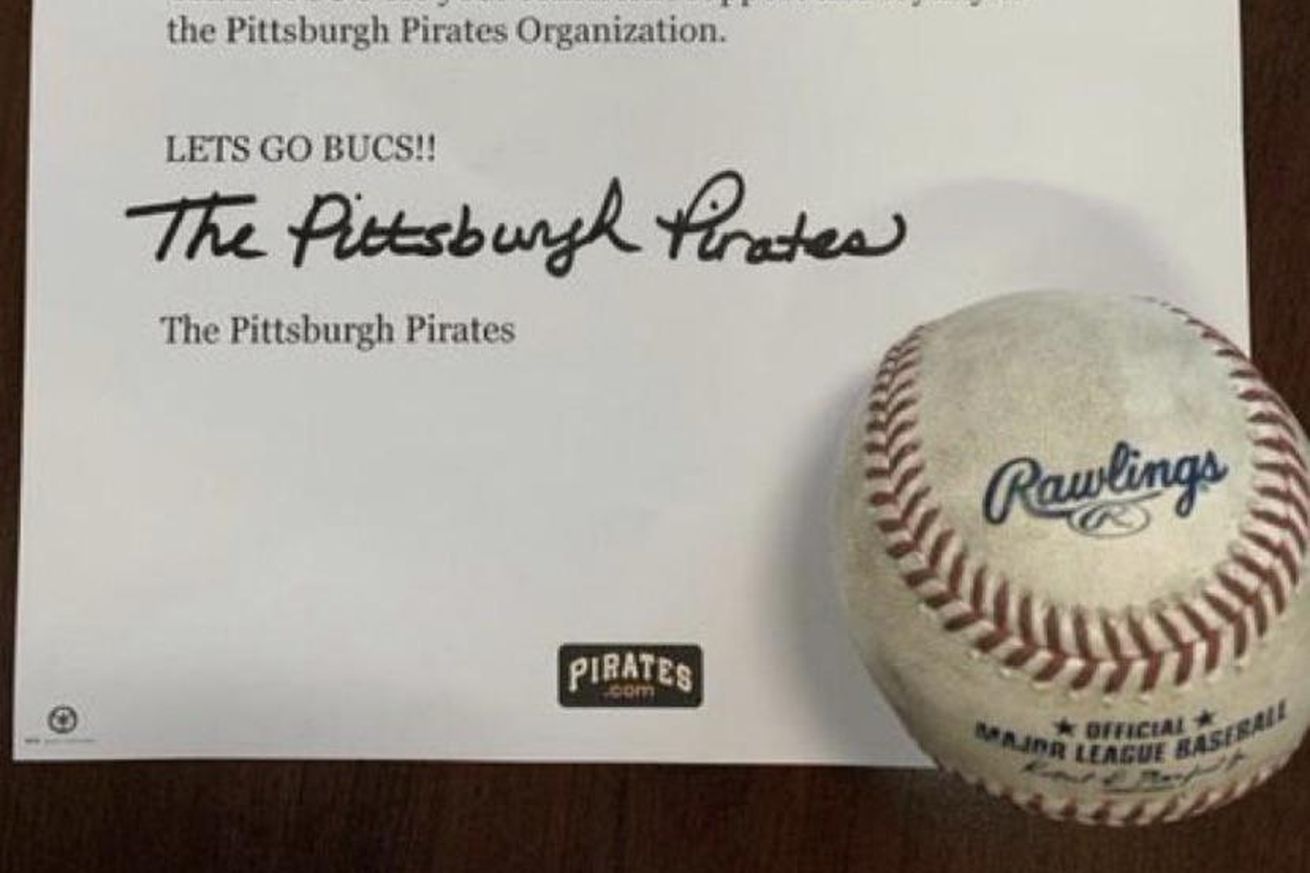 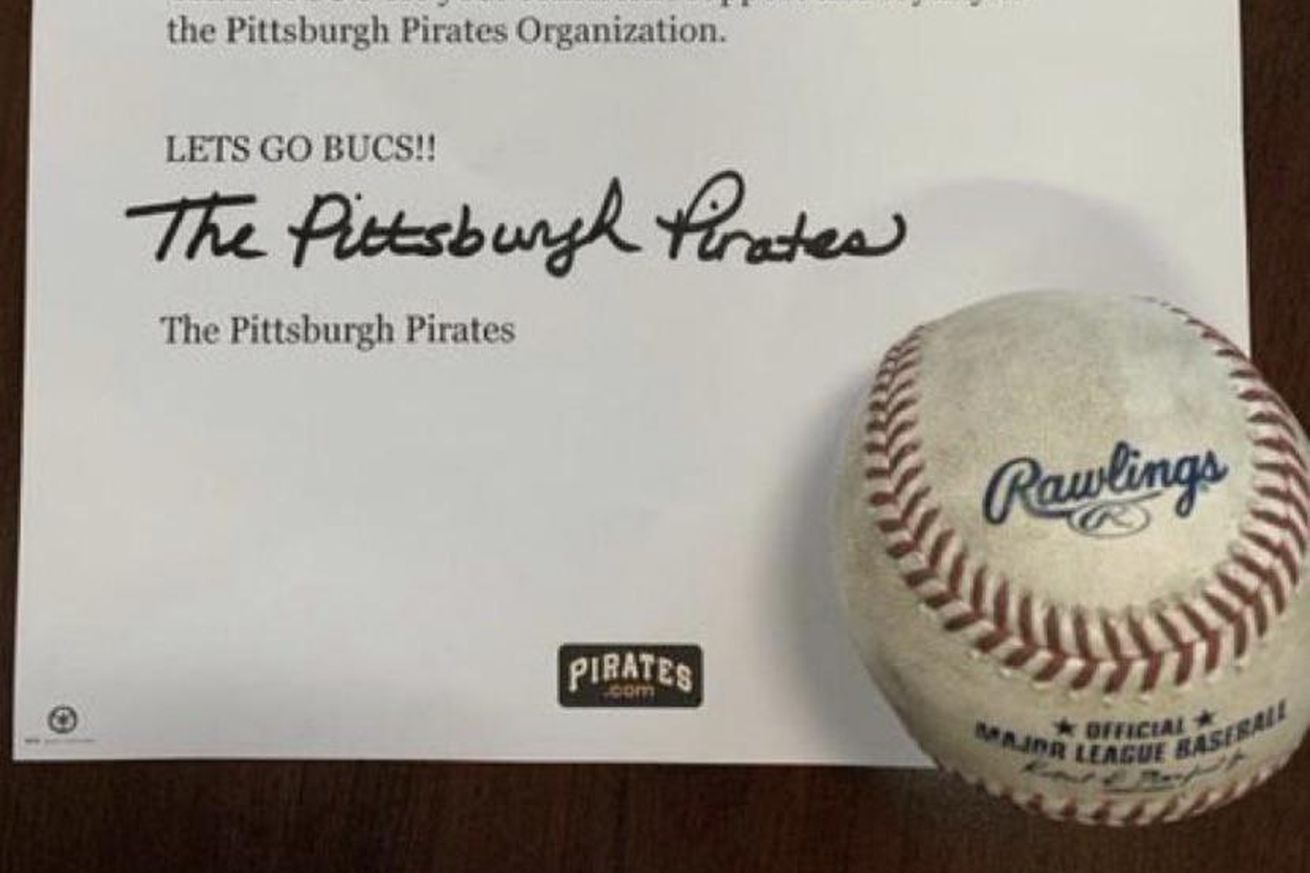 This is how you support your fans!

The absence of live sports is difficult for all of us, but especially those who pay for season tickets every year. For these people they lost not only live entertainment, but an established way of life. The Pittsburgh Pirates went above and beyond to make this time a little easier for a fan.

The fan opened his mail to find a foul ball and a letter from the Pirates, saying the ball landed in his seat during a game played without fans — so it was retrieved and mailed to him as a memento of the 2020 season.

Obviously the team didn’t need to do this. It wasn’t expected. However, they went to the effort not only to get a ball from the stands, but find the seat owner and ensure they felt part of the action, even when they couldn’t be at the ballpark.

This is what it’s all about. Feeling emotionally connected to a team, even when you can’t cheer for them in person. The Pirates went above and beyond, and this is awesome. Now the fan will be one of the few people to have a foul ball from the season that was never played in totality.